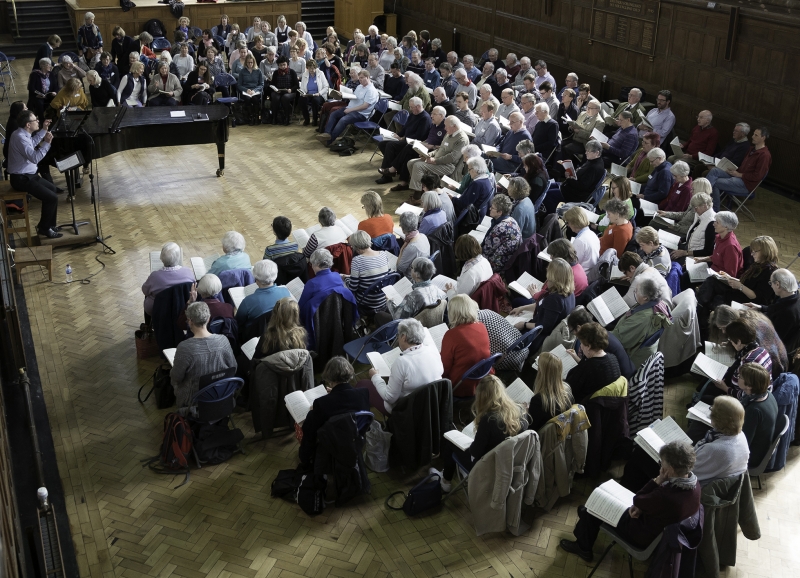 More than 150 amateur singers from across the country flocked to Worcester on Saturday 7 April to learn choral blockbuster Verdi's Requiem in just one day.

Hosted by Worcester Festival Choral Society and held at The King's School's historic College Hall, the exhilarating 'Come and Sing' one-day workshop gave singers the chance to try out their vocal chords on the Requiem's choruses, such as the dramatic Dies Irae (Day of Wrath).

The day was led by international conductor Piers Maxim (pictured below), a former chorus master for the Belgian National Opera, who is now Director of Music at Great Malvern Priory and conductor of the Elgar Chorale. The accompanist was pianist Euodia Jordan.

Participants were given a vocal score to follow on the day, to help them either discover or brush up on this much-loved choral work. The afternoon concluded with an informal performance in College Hall, which was attended by a number of participants’ friends and family free of charge. 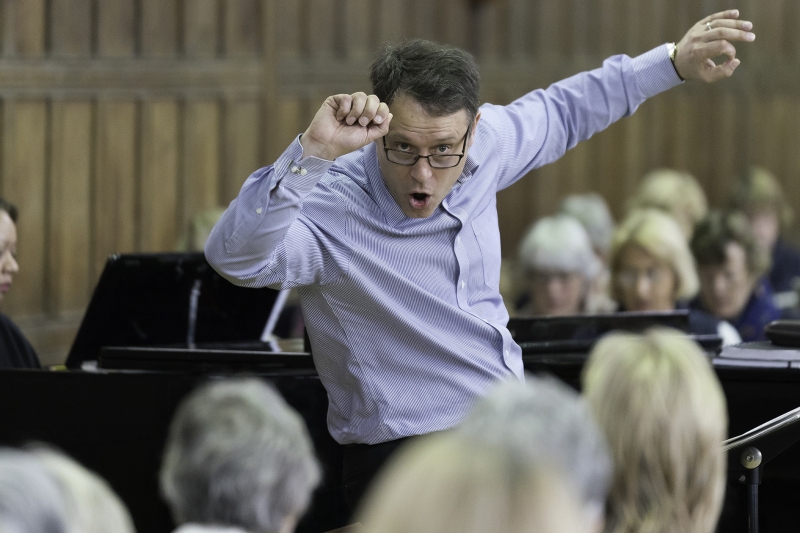 Ben Cooper, Chairman of Worcester Festival Choral Society, confirmed: “Verdi’s Requiem is many peoples’ favourite choral work, it sends shivers down the spine. Singers didn't need choral experience or an amazing voice to take part, but the ability to read music was a definite advantage! People came along from right across the UK, even including an American who gave up a day of his London holiday specifically to take part. It was a hugely enjoyable chance to sing one of the true choral greats.”

The event was Worcester Festival Choral Society’s third, annual Come & Sing day. The next workshop will be held on Saturday 6 April 2019, when participants will have a chance to 'Come and Sing' Beethoven's magnificent Mass in C. Tickets will be available from the WFCS website from February 2019.

There was a rapturous reception when one of the region’s most accomplished choirs, Worcester F... read more