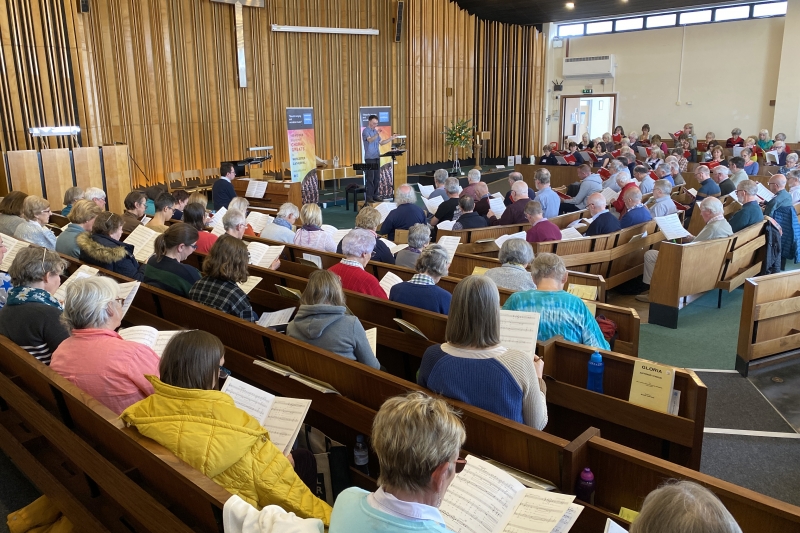 More than 100 amateur singers from across the country descended on Worcester on Saturday 23 April, for a special ‘Come & Sing’ one-day choral workshop hosted by Worcester Festival Choral Society.

The annual workshop, which was held at St Andrew’s Methodist Church just off Worcester High Street, included several singing sessions as well as expert insights into each work, vocal tips, an informal performance with soloists, and a chance to socialise with other musically-minded people.

Ben Cooper, Chairman of Worcester Festival Choral Society, said: “It was an extremely enjoyable day, and exceptionally well-received. It was a joy to sing both of these wonderful Glorias under the baton of such a talented conductor. We’re already planning our next choral workshop in spring 2023!”

Event host Worcester Festival Choral Society, which comprises 150, auditioned amateur singers, is one of England's most respected choirs of its kind. Closely associated with Sir Edward Elgar in its early years, the independent, self-funded Society has just celebrated its 160th concert season. Its annual Come & Sing workshop is one of its most popular events, and complements the three major choral concerts that the Society performs at Worcester Cathedral each year.

For details of the next Come & Sing workshop, keep an eye on www.wfcs.online