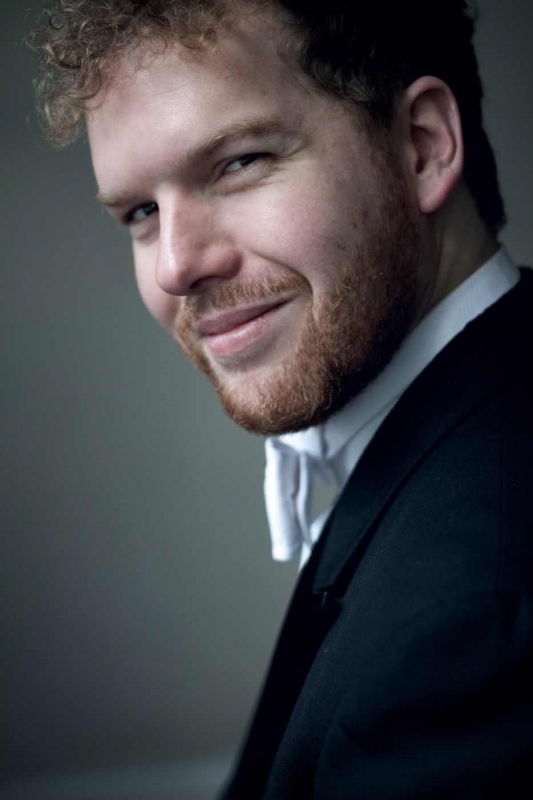 Appearing with the 150-strong choir were soprano Alexandra Kidgell who is a member of The Sixteen, mezzo-soprano Jennifer Westwood who sings with The Royal Opera, opera and oratorio tenor soloist Tom Robson and outstanding bass David Shipley (pictured left) – who in August sang bass solo in Mozart’s Requiem at the Royal Albert Hall, watched by millions of BBC Proms 2019 viewers.

Mozart's intensely beautiful Requiem is one of choral music's most intriguing legends. Written in 1791 it was his final work, commissioned by a mysterious patron but left unfinished by the composer’s early death at only 35. From the fire and brimstone of the Dies Irae to the mournful Lacrymosa, this well-known work will be recognised by many from the soundtrack of multi-Oscar-winning 1984 film, Amadeus.

The concert also included a more recent classic with City connections: Lux Perpetua, a stunning war requiem written in 1998 by Worcester-born contemporary composer Jonathan Willcocks – son of conductor and composer Sir David Willcocks – on the theme of peace and unity.

Ben Cooper, Chairman of Worcester Festival Choral Society, confirmed: “It was extremely exciting to bring Mozart’s wonderful Requiem to Worcester Cathedral, especially under the baton of our talented new music director Samuel Hudson. Lux Perpetua is another wonderful work, which we were thrilled to be performing in the composer’s home town. The audience clearly enjoyed it - there was a standing ovation!”

Ten lucky concert-goers also won dinner before the show thanks to a special online Prize Draw open to ticket purchasers, run by Côte Restaurant in Worcester.

One of the leading Choral Societies in England, Worcester Festival Choral Society, has marked its 16... read more

In light of the ongoing limitations surrounding large gatherings and live performances due to Covid-... read more

WHAT'S IN STORE?? LATEST 2020-21 CONCERT UPDATE If you're a music lover wondering what co... read more