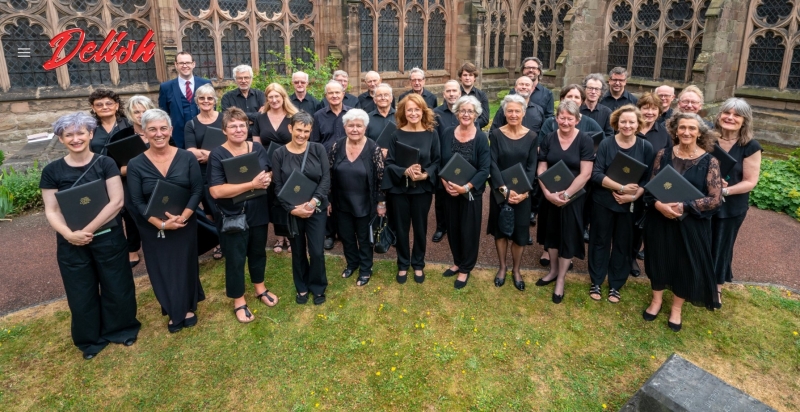 Now in its 307th year, the Three Choirs Festival originated at the end of the 17th century, after visits by the lay clerks of Gloucester, Hereford and Worcester to one another’s cathedrals for joint services and informal singing. Now an eight-day event typically involving around 1,000 performers presenting more than 100 choral and orchestral concerts, plays, talks and services, this year’s Festival took place in Hereford from 23-30 July. The Worcester members of the Festival Chorus, who attended intensive rehearsals from May onwards, were trained by Samuel Hudson with Nicholas Freestone accompanying. Hereford Cathedral’s director of music Geraint Bowen was the event’s overall Artistic Director.

This year the Festival Chorus sang in the Opening Service and five of the Festival’s flagship evening concerts in Hereford Cathedral, many of which attracted sell-out audiences of 1,000+. Accompanied by the acclaimed Philharmonia Orchestra and world class soloists such as soprano Dame Sarah Connolly, tenor Nicky Spence and baritone Roderick Williams, the Festival Chorus’s critically-acclaimed performances included Dvořák’s Requiem, Dyson’s Quo Vadis, Poulenc’s Stabat Mater, Elgar’s The Dream of Gerontius; and one of the first performances of Pietà, an exciting work by British composer Richard Blackford.

In 2023 the Festival moves to Gloucester – visit www.3choirs.org

Hundreds of music lovers are expected to dive in to a special, sea-themed concert at Worcester Cathe... read more