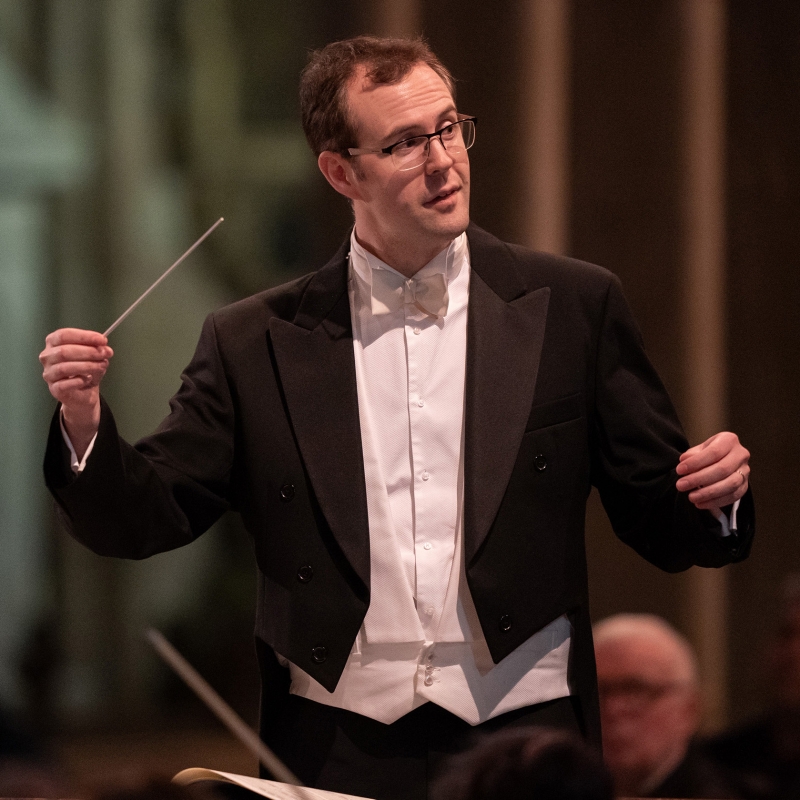 Samuel Hudson took up the post of Director of Music at Worcester Cathedral in 2019, where he also conducts Worcester Festival Choral Society and is the Artistic Director of the Worcester Three Choirs Festival.

Samuel’s move to Worcester followed eight years as Organist & Director of Music at Blackburn Cathedral, during which time he directed several radio and television broadcasts, led tours with the Cathedral Choir and Cathedral Girls’ Choir, recorded a CD and conducted the music at the Office of the Royal Maundy, held at the Cathedral in the presence of HM The Queen in 2014.

Previously, Samuel simultaneously held posts as Director of Chapel Music at Girton College in Cambridge, College Organist at Haileybury School in Hertfordshire, Assistant Organist at St Sepulchre-without-Newgate in London and Assistant Director of Music at All Saints’ Church in Hertford. In recognition of his work as the Musical Director of Swavesey Community Choir he was presented with a South Cambridgeshire Arts Award in 2011.

Samuel trained as an organ scholar and music undergraduate at Girton College, Cambridge, then became Senior Organ Scholar at Wells Cathedral in Somerset as well as taking on roles at Wells Cathedral School and directing a chamber choir. He has also worked as an Assistant Artist Manager at Hazard Chase Ltd in Cambridge, with responsibility for groups such as The Tallis Scholars and I Fagiolini.

In his career so far, Samuel has accompanied and conducted choirs in cathedrals across the country, as well as on CD recordings and tours across the world. As an organ recitalist, Samuel has also played at many cathedrals including St Paul’s. He became a Fellow of the Royal College of Organists in 2008.