There was a rapturous reception when one of the region’s most accomplished choirs, Worcester Festival Choral Society, performed Mendelssohn’s masterwork Elijah in the imposing surroundings of Worcester Cathedral for the first time in 16 years. 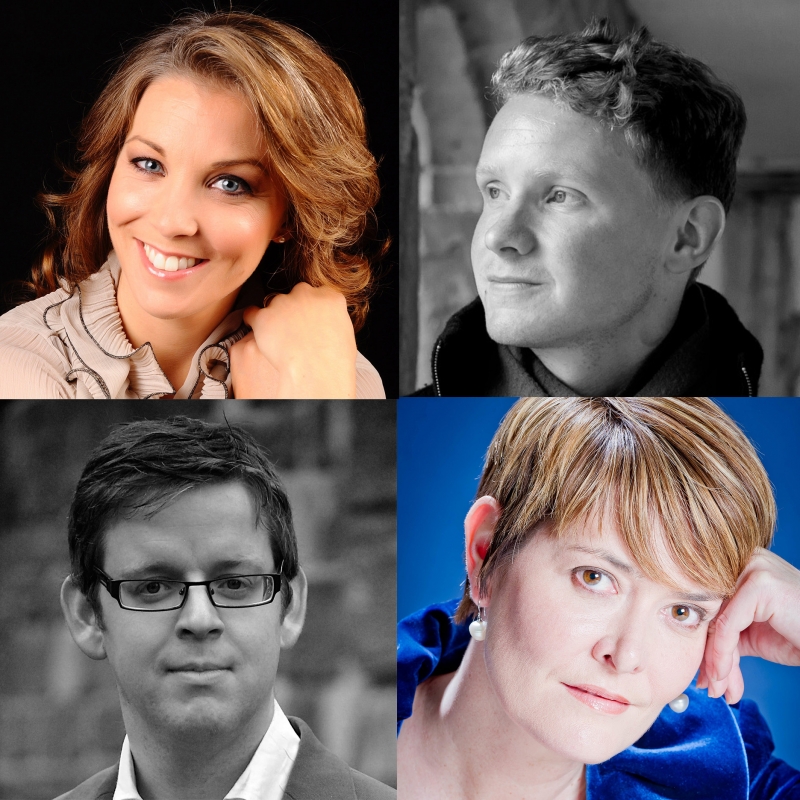 More than 400 people attended to hear the 150-strong choir, accompanied by the Meridian Sinfonia symphony orchestra, bring the classical choral favourite to the City on 23 March. They were joined by acclaimed soloists (pictured, from top left clockwise) Swedish soprano Susanna Andersson, tenor Ruairi Bowen, Australian mezzo-soprano Catherine Carby and bass Edward Seymour. The concert was the last to be conducted for the Society by its music director Christopher Allsop, who will be succeeded by incoming Worcester Cathedral Music Director Samuel Hudson from September onwards.

One of the Romantic era’s most popular composers, Felix Mendelssohn’s 1846 oratorio Elijah is known as one of the true choral ‘blockbusters’. An audience mamber said: "It was wonderful. The soloists superb. The orchestra was really tight under the maestro Christopher Allsop, and the chorus were most excellent. Congratulations to you all." Bass Edward Seymour, who sang the title role, confirmed: "It was a wonderful concert; hugely powerful in every sense!"

Ten lucky concert-goers also won dinner before the show, thanks to a special partnership between Worcester Festival Choral Society and Côte Restaurant in Worcester High Street. “Anyone booking tickets through the WFCS website in the past year, and in our 2019-20 season too, has the chance of winning one of five, three-course, pre-concert dinners for two people,” explains Ben. “It's well worth entering. Who doesn’t love dinner and a show?”

Worcester Festival Choral Society has been deeply saddened to learn of the death of one of our forme... read more